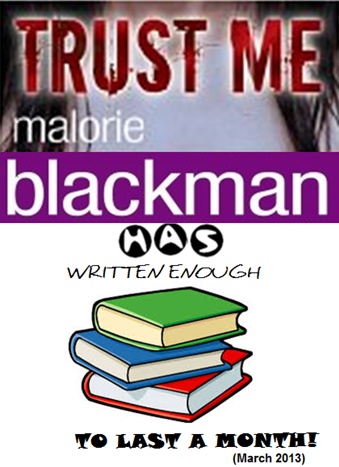 Who can resist the apprehension that comes with HACKER? Unlike ANTIDOTE (which I thought it'd be similar to) it has its laughs and probably is aimed at slightly older as it was deeper and more emotional. So I wouldn't give my first impressions a gold star, or any star for that matter! I presumed that the Dad wouldn't be there as Vicky's hacking skills were tested to their limits... And also, I can't exactly call Vicky a computer genius even though its clear she's not quite from the 21st century... Gib, protagonist #2 (Victoria's brother), doesn't know a single thing about the world wide web...
With the modernized (I could even go so far as to futuristic) cover, and blurb (includes design) I expected the technology to be advanced enough for it to be more complicated...
But would that type of complicated be typical Malorie Blackman?...


No! It wouldn't.
There were ethnic issues and also it was a female who is in danger but is facing it... They are thematic even if I didn't expect them here (hey, they weren't in ANTIDOTE... remember my comparison?)
It's Vicky, female hacker (get rid of your prejudice now :P), who is danger of being in even worse trouble than her Dad is in! I'm not entirely sure by the ending how that would completely help prove their victimized Dad innocent but it obviously did in some way otherwise it wouldn't have ended... I think it could've been a lot longer to wrap it up and be more conventional but it is enough that this is has such character strength!
I liked this, it appears, for the parallel opposite reasons to ANTIDOTE, hey? I picked that up for it's male protag and now I'm just as attracted by Vicky's voice- and don't forget her obviously true-to-life interactions with the other characters!

Trish @ Between My Lines said...

A female hacker - that's a little bit different. And I like deep and emotional so that's a plus and maybe even proves your review comment! I have this author on my to-read list, will get there soonish I hope.